The Village Hall AGM was held on Sunday 28th January 2018 in the New Hall at 3pm. 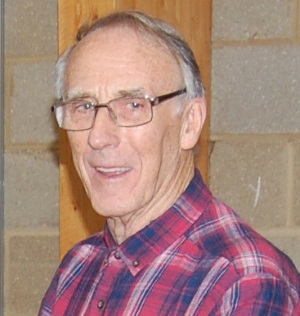 The third annual Music Festival, held in June, was again a great success. Thanks were given to all those who helped make all the events so enjoyable.

The next subject was the nomination for the next year’s charity.  Two charities were nominated this year, and MIND AT BASILDON was chosen as the sponsored Village Hall charity for the coming year. 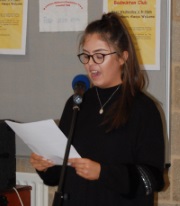 Three representatives gave a brief outline of the work done and one heartfelt presentation by a former patient.

This was followed with the presentation of a cheque for £2,582 awarded to last year’s charity, DEMENTIA UNIT AT BASILDON HOSPITAL. 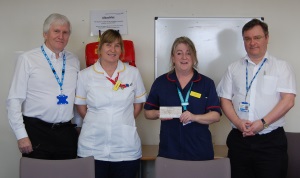 Unfortunately, they were unable to attend and Dick Wellborne accepted the cheque on their behalf.
The cheque was later presented to them at Basildon Hospital.

All but one of the officers and members of the present committee have agreed to be nominated to sit for another year.  Viviene Fisher, who has been the Bookings Secretary for many years, is standing down this year. Everyone wished her well and the Chairman thanked her for all her work over the past years.