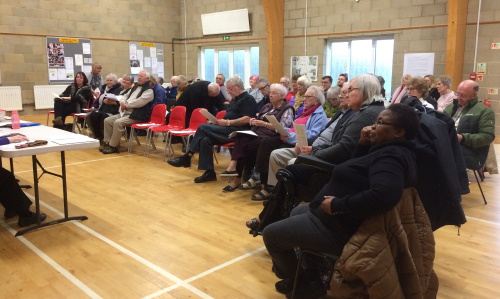 The Chairman opened the meeting by welcoming those present, apologies were received and last year’s minutes approved. 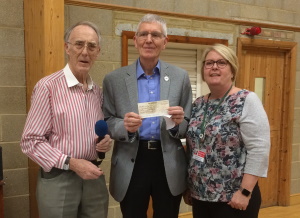 In a change of order this year the Chairman presented a cheque for £2,614 awarded to last year’s charity,
HEARING HELP ESSEX.  A representative gave a short address, thanking the Village Hall members for such a generous donation. 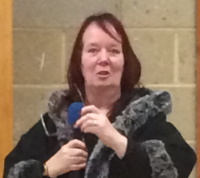 Two nominated charities were put forward this year, Wickford Food Bank and Charms Essex Therapy Centre.  Following their presentations, a vote was taken and CHARMS ESSEX THERAPY CENTRE was chosen as the sponsored village charity for the coming year.

The formal part of the AGM began with the Chairman's report, in which he outlined the last year’s events, including The History of Ramsden, St. George's Day Breakfast, Music Festival and the Christmas Bazaar.  He thanked the Social Secretary, Ann Wellborne, and all those who helped make the events so enjoyable.

The meeting then followed with a presentation of last year's accounts and a report from Audrey Pegrum, the Bookings Secretary.  Audrey announced that we now have a new regular booking, WW (weightwatchers) starting at the beginning of February.

Clive Jeffree announced that he will be stepping down from the role of Chairman at the end of the year and asked for volunteers to take on the role.

It was proposed from the floor to reinstall Luke Maguire to the Management Committee as a public member. This was seconded and the vote carried.