The Village Hall AGM was held on Sunday 29th January 2017 in the New Hall at 3pm. 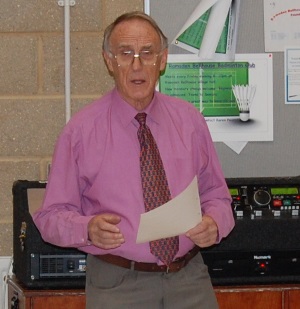 The second annual Music Festival, held in June, was again a great success despite the interruption by rain but, in true "Glastonbury" style it didn't deter everyone's enjoyment. Thanks were given to all those who helped make all the events so enjoyable. 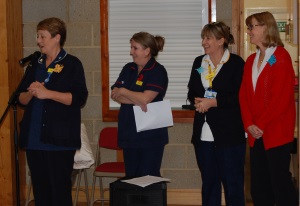 The next subject was the nomination for the next year’s charity.  With just one charity being nominated this year there was no vote and the sponsored Village Hall charity is the Dementia unit at Basildon Hospital.  Three representatives gave a brief outline of the work being done for Dementia patients. 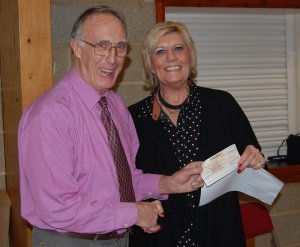 This was followed with the presentation of a cheque for £2,507 for last year’s charity, BRAINWAVE TRUST, which was gratefully received by Gerry Gould.

All the officers and members of the present committee had agreed to be nominated to sit for another year.  Voting then took place for the Committee to serve for the coming year.

Following the AGM the Chairman unveiled a plaque in honour of Alan Pegrum who sadly died last year. 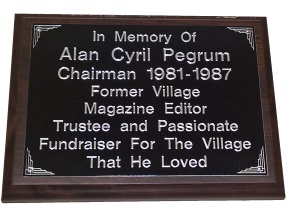 Alan was a tireless worker for the Village Hall, organising many events and helping to raise money for the hall and was Chairman from 1981 to 1987. He was editor of the Village Magazine in the early days of its production and also a dedicated member of St. Mary's Church.

Following the short ceremony Alan's wife, Audrey Pegrum,
gave a short talk on Alan's life and work for the village of Ramsden Bellhouse.

To read a transcript of Audrey's address click here.