September 10th was a lovely sunny day which always helps to set the tone for a horticultural
get together. Because of the time of the year, the vegetable section of the show was brimming with entries. 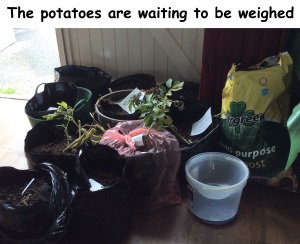 A new addition to the exhibits this year was potatoes grown in a bag. Earlier in the year some potato seeds,
soil and a bag were given to members to grow at home and bring back at the Autumn Show. The potatoes were then weighed and the heaviest was the winner. The winning entry weighed over 2kg. It was very interesting
to see just how much difference there was in each entry's weight and size. 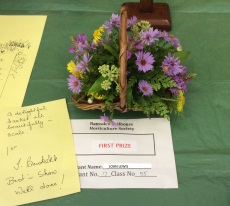 The 'Best in Show' prize was won by Joan Lewis for her beautiful arrangement in the 'petite basket' category.  Well done Joan.

The Summer Show held on 11th June was very successful with lovely roses and garden flowers on show. 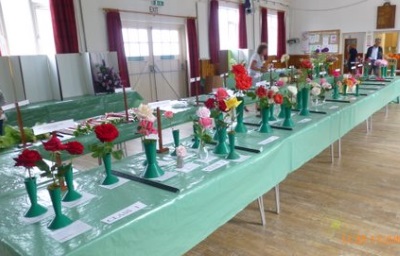 There were over 130 entries from members and visitor numbers were considerably up on recent Shows.

Well done to all who participated in this annual event.

The Beetle Drive ran by the Horticultural Society for the charity, ‘Brainwave’, was a great success. 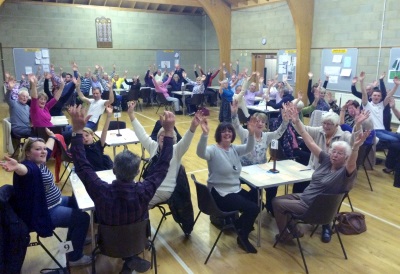 68 people bought tickets to the event which was held in the New Hall. Geraldine from ‘Brainwave’, started the evening by giving a brief resume of the charity’s functions.  Her enthusiasm was infectious and showed in the number of raffle tickets bought for a very generous raffle.

As usual with Beetle Drives, there was much laughter, occasional scouring the floor for an escaped dice and the usual ‘aaagh" as “Beetle” was shouted.  One false alarm caused a lot of confusion as play had to continue after “Beetle” had been called.

An interval gave everyone a chance to have a cup of tea or coffee and a plate of food from the
excellent buffet provided.  Suitably recharged, the second half produced a winner who received a
£10 Garden Voucher.

A lovely evening, incredible value, lots of fun with a complete mix of ages and a final total of
£475 raised for ‘Brainwave’.

If you have never been to a Beetle Drive do think about coming along next time we have one of
our forthcoming events. You won’t be disappointed. 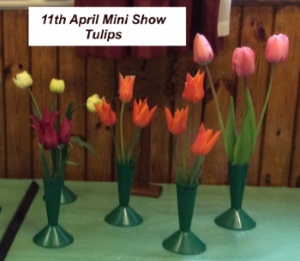 The April monthly meeting of the Society included a Mini Show for the display of tulips. Click here to view the photos. 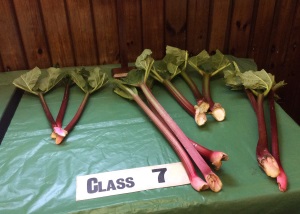 The March monthly meeting of the Society included a Mini Show for the display of daffodils, for which there were 77 entries from 18 members.  the Daffodil Cup was won by Mike Jollands.

The hall was alive with yellow, making us feel that Spring really is on its way. 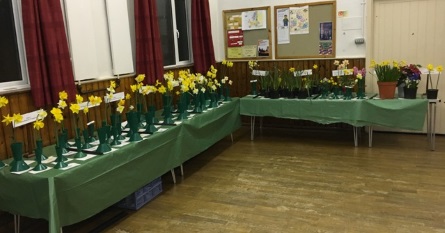 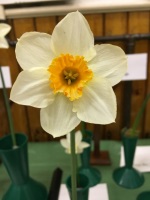 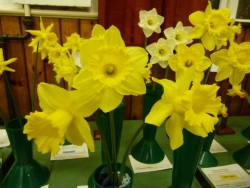 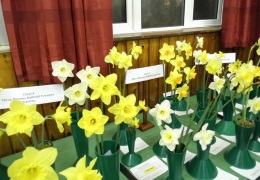 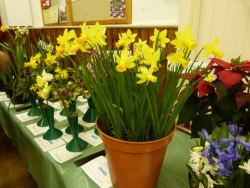